CASA volunteers like Jean needed who can reunite a family 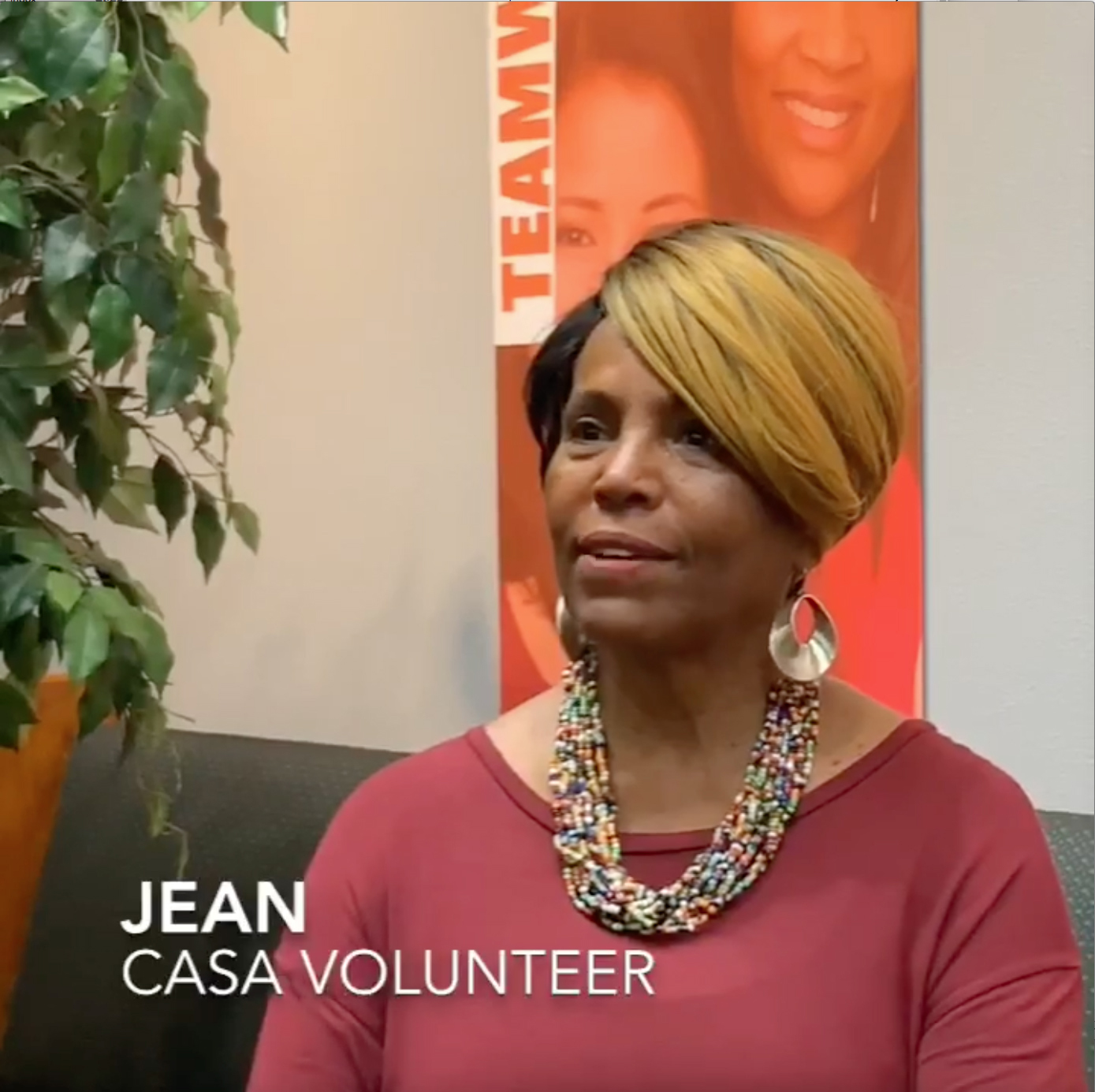 How do you know if you’re the right fit for a tough assignment like being a CASA volunteer? One sure sign: You keep on doing it.

That’s what happened with Jean Carr-Andrews.

She has been standing up for children and families as a CASA volunteer with Court Appointed Special Advocates–CASA–for more than a decade. Her lifelong love for children played a role, of course. But CASA allowed her to take that love and turned it into advocacy. That’s when she knew she had found her community service destiny.

“I’ve had a passion for kids since way back. I know a lot of adults don’t understand kids and how they think, but I always had that understanding,” she says.

Jean fit the CASA volunteer role because she was seeking a powerful opportunity to make a difference in Clark County. “The CASA volunteer holds the key to the future of both a child and that child’s family,” she says.

Reunification with a birth parent represents an ideal outcome–if the home environment supports it.

“There is nothing more rewarding than being part of a family’s reunification.” says Jean,“Reunification is always the goal for each case. Sometimes it is not possible. Then placement with a relative is the goal. Adoption is also an option for some children.”

Jean has learned during her years as a volunteer that no two cases are alike.

“Each case stands alone for the best benefit for the child. As a CASA, it is our responsibility to gather information about each case in order to make sure that the child will be placed in a drug free,abuse free environment. If termination of parental rights is necessary, then CASA and the Department of Social and Health Services present this to the Court.”

Jean just closed out a long-running case in which three children had to be removed from their mother’s home. In the end, two older children remained with a foster family that adopted them. A younger sibling stayed with the mother.

“She had made significant progress during the course of this case,” she says. “We all felt the youngest would do well in her care.”

CASA, which depends upon volunteers more than most nonprofits, is always looking for for more Jean Carr-Andrews to step up to the role. Despite the coronavirus restrictions, program managers continue to recruit volunteers and get them ready for their assignments.

Jean says it is important to the program to add more CASA volunteers of color. Native American CASAs would help with the comparatively large number of Native American children in the system.

It’s no lightly taken role. CASAs are an official part of the judicial system. They have specific responsibilities and are expected to offer fact-based opinions on whether they believe a parent is capable of raising a child that has been removed from their home.

“Jean has this warmth and compassion to go with a no-nonsense approach to solving an issue,” Harris says. “She has a way of getting parents, especially mothers, to understand that they need to better themselves before they can be the best parent they can be.”

Jean, who is African American, partners well with families of color, Harris said.

“She has created a strong bond with the families of color, many of whom distrust or don’t understand government policies and rules. She can reassure them because she comes from a similar background.”

Here’s how Jean Carr-Andrews says you can tell if CASA is right for you. You must:

Ready to change a child’s life for the better? We need you! Become a CASA volunteer today.